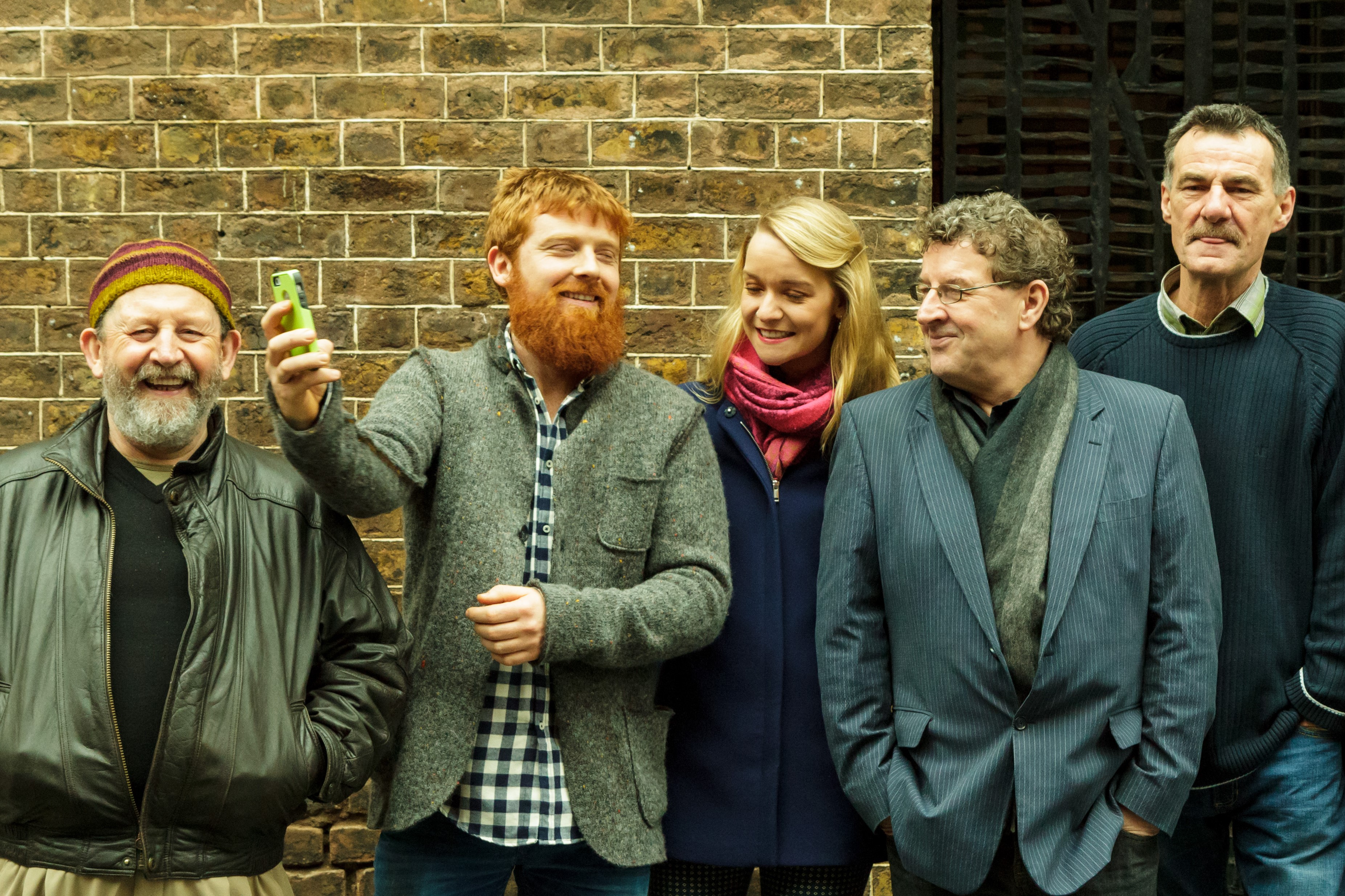 Stockton’s Wing embark on a series of shows in 2019 presenting a retrospective of their vast music catalogue spanning 4 decades from the early recordings of Take a Chance to the innovative and critically acclaimed Light in the Western Sky, the excitement of a big band sound on Full flight and Stockton’s Wing Live and the truly engaging and stunning return to basics on The Crooked Rose.

Retrospective tells their story through music songs and stories. An engaging and insightful night of entertainment bringing you into the heart of the wing. With special guests and regulars, Tara Breen, Karol Lynch, Tommy Hayes, Paul Roche, Mike Hanrahan and Paul McSherry a very special night is of Wing music is guaranteed.

The name Stockton’s Wing came from a Bruce Springsteen song, “Backstreets” from the album “Born to Run”. “Slow dancing on a moonlit street at Stockton’s Wing, where desperate lovers park to meet the last of the Duke Street Kings.”

They signed their first record deal with Tara after winning the Trad section of a music contest in Limerick. Another young band won the Rock section. They were called U2.

Record producer and musicologist PJ Curtis produced Take a Chance and the groundbreaking album Light in The Western Sky featuring hit singles Walk Away and the iconic Beautiful Affair. Drummer Fran Breen and Bass guitarist Steve Cooney augmented the line up as they toured extensively throughout Europe, America, Canada and Australia.

Retrospective takes you on a journey through the catalogue of great music and songs with special guests on keyboards and drums respectfully.

It promises to be a night of great music and Wing action.

1982, “Light in the Western Sky” – a highly polished album which represented a significant shift in their musical direction, focusing more on the band’s creative original material. The album featured two hit singles, written by Mike Hanrahan, “Beautiful Affair” and “Walk Away.” It also featured a haunting composition “The Golden Stud” The album, produced by PJ Curtis, is regarded by many as one of the great innovative recordings in Irish music.

Intensive touting throughout Britain including all major Folk festivals.

1985 a live album “Stockton’s Wing Live-Take One” was recorded in Galway and Dublin. Produced by Bill Whelan and according to it certainly captured that ‘eclectic, electric’ sound the New York Times “they were eclectic, electric, passionate, personal, innovative and powerful.” Tours of America, Canada, Europe and Australia.

Record two tracks with the Dubliners

1988 played at both Michael Jackson Thriller gigs in Cork.

1989 Guest appearance to perform with Sammy Davis Jnr. in Dublin as part of his world tour with Frank Sinatra and Liza Minnelli.

1990 Stockton’s Wing on location in Connemara for the Noel Pearson/Jim Sheridan film production of the John B. Keane play “The Field” which featured Oscar nominee Richard Harris and John Hurt.

1992 The Crooked Rose produced by Bill Whelan shows a return to the acoustic sound.

1993 On Tour with Finbar Furey

Beautiful Affair voted into the top 75 songs in the history of RTE radio.

In November 2003 Stockton’s Wing held their first reunion concert in their hometown of Ennis, Co. Clare, which was a huge success with over 1200 people packed into the West County Hotel. In the words of the band’s producer PJ Curtis “what an extraordinary, amazing, mind-blowing concert the Wing delivered last night. I’m still spinning from it. It was TRIUMPHANT! No other word for it. Such an incredible turn out… and the music and the vibe, Ronnie Drew too who was pure magic as usual, made it a NIGTH TO REMEMBER!!! It rates as one of the top gigs of the decade for me…”

2017 Awarded a Civic reception by The Clare County Council for contribution to Music and Clare throughout the world.