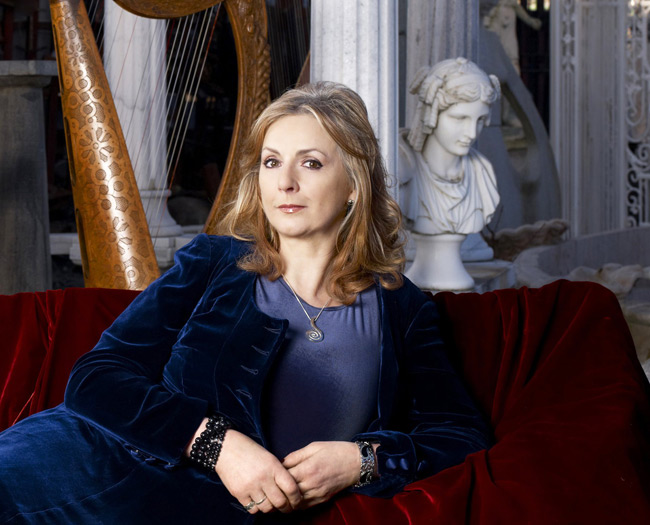 It was during this time in 1970 that Moya joined her two brothers Pól and Ciarán and their mother’s two twin brothers Noel and Pádraig ó Dúgáin and formed Clannad. After enjoying a decade of being the world’s foremost traditional Irish act, Clannad graduated to chart success in 1982 with the album Magical Ring. Moya was at the forefront of the group’s success and her voice suddenly became synonymous with celtic music. Moya has recorded 17 albums with Clannad and has won a Grammy, a BAFTA and an Ivor Novello award with the quintet. Her sister Eithne Ní Bhraonáin who spent a while with Clannad also persued a very successful solo career under the name Enya.