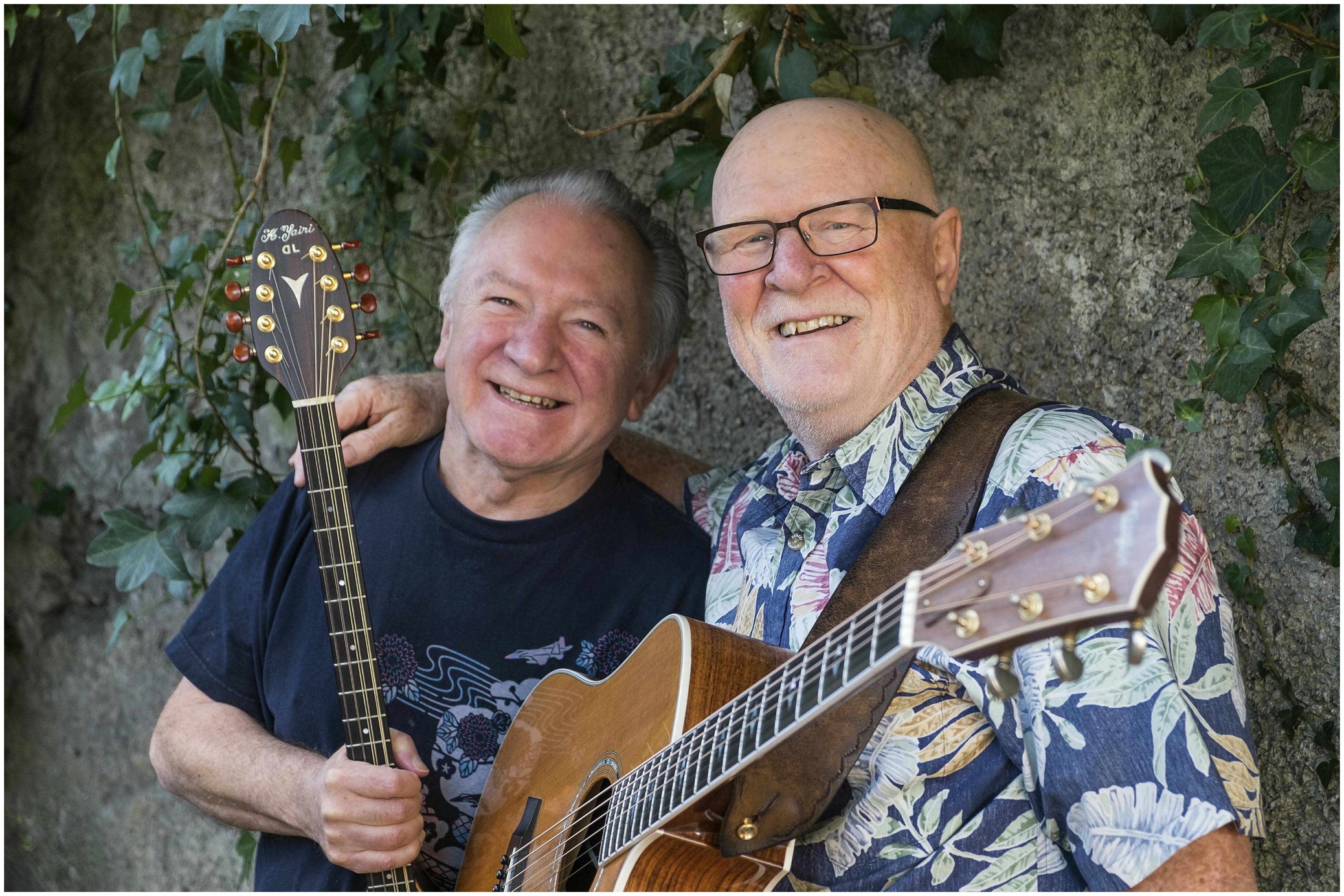 I suppose it was inevitable that two stalwarts of the Irish music scene, whose careers have intertwined many times over the last 45 years would sooner or later emerge in the guise of a musical duo. The combination of songwriter Mick Hanly and multi-instrumentalist and composer Donal Lunny is a marriage made in musical heaven. Both have honed their musical skills to perfection and play with a freshness and enthusiasm that belies their years on the road.

In the 70’s Lunny produced Hanly’s two folk albums, the much loved Kiss In The Morning Early and As I Went Over Blackwater for Mulligan Records. After his departure from the ground breaking Planxty, he went on to found and fronting the hugely influential Bothy Band. After some years on the Continent with Andy Irvine, Hanly decided to go it alone and explore a more contemporary song writing style. However, their paths crossed again when Hanly took over from Christy Moore as vocalist in Moving Hearts. After 14months with the band he quit to concentrate on song writing. The Hearts went on to record the magnificent instrumental album The Storm, which contained Lunny’s beautiful composition Tribute to Peadair O’Donnell. Lunny also founded Coolfin and continued to produce and play on a variety projects too numerous to mention.

Meanwhile, Hanly clocked a huge success in the US with ‘Past The Point Of Rescue’. Recorded by Hal Ketchum….. it picked up a 3rd BMI award in 2002 for 2 Million plays on American radio. His songs were also recorded by the likes of Dolores Keane, Mary Black, Ronnie Drew, Delbert McClinton, etc. When recording his latest album, Homeland, Hanly again called on Lunny to add his unique sound to 4 of the tracks. The album is a joy. Hanly is joined by many of his old friends as he grapples with bringing a traditional influence to some brand new stories. Lunny, as always adding his unique touches to the mix.

Now the two ‘vets’ are taking to the road around the country in April 2019…..If they’re playing in your neck of the woods….be sure and catch them.